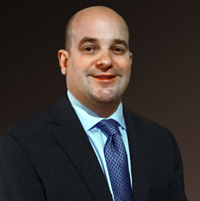 Matthew Siegelheim has spent more than 20 years in Television, Radio and Digital Media and has covered some of the biggest events in the world of news, sports and entertainment. Siegelheim has done it all at the highest levels working at ABC, CBS and FOX Business Network.

While at ABC, he successfully launched two national radio programs and has produced some of the biggest shows and talent in the business. His tenure at ABC also included a three year stint as Producer of “Good Morning America Radio” and assisted in the launch of ABC’s digital media content.

During Matt’s time at CBS, he served as a Digital Content Manager before moving to FOX Business Network as a Booker and Segment Producer for “Cavuto.”

Throughout his career, Matthew has been fortunate enough to work with a wide range of guests, experts and talent and knows what it takes to be successful on air. He is well connected in all areas of the media and has an extensive network of Bookers and Producers at his fingertips.